Zelinda Furlanetto Finotti (19 May 1908 – 18 June 2020) was a Brazilian supercentenarian whose age is currently unvalidated by the Gerontology Research Group (GRG).

Zelinda Furlanetto was born on 19 May 1908 in Espirito Santo do Pinhal, Sao Paulo, Brazil. She married Luiz Finotti; they moved to Uberlandia, Minas Gerais around 1942. Luiz Finotti died in 1973.

In 2013, Finotti was interviewed by the Municipality of Uberlandia for historical purposes. She described her husband’s tailoring business, called Alfaiataria Finotti, and its place in the history of Uberlandia. 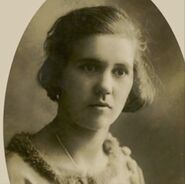 Finotti at a younger age. 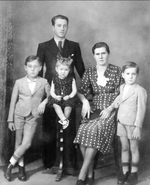 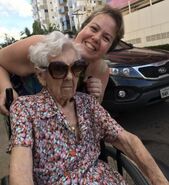 Finotti on her 109th birthday. 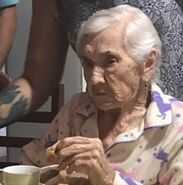 Finotti at the age of 111.
Community content is available under CC-BY-SA unless otherwise noted.
Advertisement