Wilhelmine Gnueg was born in Hessen on 12 March 1894. She was a daughter of Carl & Marie Kalk Hartmann. Her husband was Wilhelm Gnueg. The couple had a daughter, Elsbeth Gnueg Eddy. Gnueg died in Raleigh, Wake County, North Carolina, on 17 April 2004 aged 110 years, 36 days. 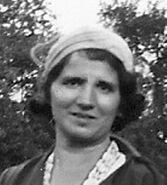