Rosa Rein (24 March 1897 – 14 February 2010) was a Polish-Swiss validated supercentenarian. Rein had been the oldest living person in Switzerland since 3 September 2006, following the death of 110-year-old Anna Ringier-Kieser. Since 20 June 2008 she has held the record for being the oldest Swiss ever, still holding this record today.

Rosa Rein was born in a prosperous Jewish family in Dzietzkowitz in the eastern part of the German Empire. Presently, the place of her birth is Dziećkowice, a distict of Mysłowice, Silesia Voivodeship, Poland.

Rein was married in 1935. She and her first husband, a German, emigrated to Brazil in 1938 as life for Jews became impossible in Nazi-ruled Germany. Rein’s husband died not long after they arrived in Brazil, and she remarried in 1949. She and her second husband moved to Paradiso on the outskirts of Lugano in 1964 for health reasons. She remarried for a second time in 1973.

Rein had no children and her mother died in a German concentration camp. 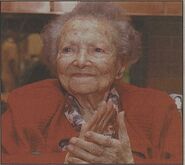 Rein on her 109th birthday

Rein on her 110th birthday 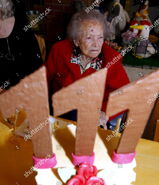 Rein on her 111th birthday

Rein on her 112th birthday

Rein at age 112, just before her death