Nora de Kock (born 12 May 1910?) is a South African supercentenarian claimant whose age is unvalidated by the Gerontology Research Group (GRG). 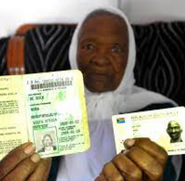 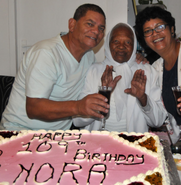 Nora de Kock on her claimed 111th birthday in 2021.
Add a photo to this gallery
Retrieved from "https://gerontology.wikia.org/wiki/Nora_de_Kock?oldid=170642"
Community content is available under CC-BY-SA unless otherwise noted.