Marie Mornet (née Robin; 4 April 1894 – 5 January 2007) was a French supercentenarian whose age has been validated by the Gerontology Research Group (GRG). She was the second-oldest person in France at the time of her death, after Marie-Simone Capony, and the oldest from the region of Nouvelle-Aquitaine.

Mornet was born as Marie Robin in Vienne, Nouvelle-Aquitaine, France, on 4 April 1894 to Pierre Robin and Prudence Petit. She married Louis Mornet on 18 January 1919 and had a son, Pierre, who fathered two children of his own: Martine and Jean-Pierre (born 1949). Her granddaughter Martine died as an infant in 1948.

Mornet’s husband Louis died in 1965 aged 75, after 46 years of marriage. Her son Pierre died in 1972 aged 48. Mornet then lived with her daughter-in-law Gisele until 1983, when she moved to Isle Jourdain with her grandson, Jean-Pierre, and her great-grandchildren, Martial and Ludivine.

Mornet died in the same department of her birth on 5 January 2007 at the age of 112 years, 276 days. She was a great-great-grandmother of Lorraine, Jeanne, and Louis, and was also among the top 15 oldest validated people in the world. 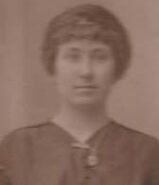 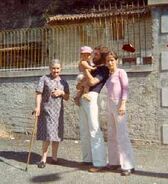 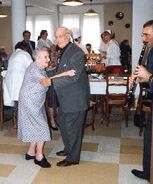 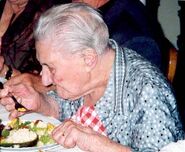 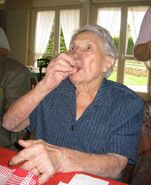 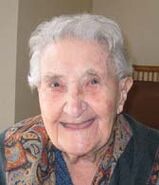 At age 112
Add a photo to this gallery

Retrieved from "https://gerontology.wikia.org/wiki/Marie_Mornet?oldid=142133"
Community content is available under CC-BY-SA unless otherwise noted.