Maria Vencelj Maggi (23 December 1905 – 8 October 2016) was a Slovenian-Italian supercentenarian who is currently unverified. [1]

Maria Vencelj Maggi was born on 23 December 1905 to Franc and Marija Vencelj in a small village called Strmec na Predelu, near Bovec in present-day Slovenia (which was part of the Austro-Hungarian Empire at the time of her birth). Shortly after, the family moved to the nearby village of Log pod Mangartom, where she spent her childhood years.

After finishing school she found a job in Idrija, and later in Trieste and Milan in Italy, where she met her husband, Alessandro Maggi. They later opened a cafe in Milan. The couple had one child, a son named Elio. [2]

In November 2000, the village of her childhood, Log pod Mangartom, was heavily affected by avalanche. Many houses were destroyed and, sadly, seven people were killed. Maria's older sister Elizabeta Cernuta (née Vencelj) was the oldest among seven victims. Shortly after Elizabeta's death, Maria visited Slovenia and hasn't been there since. [3]

Maria Vencelj Maggi died in Pinzolo, Trentino-Alto Adige, Italy, on 8 October 2016 at the age of 110 years, 290 days.[4] She was the second Slovenian-born supercentenarian after Katarina Marinic. 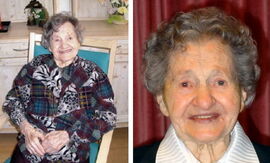 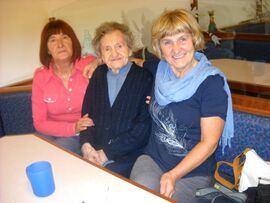 Undated, with her nieces in Slovenia. 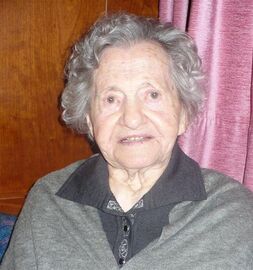 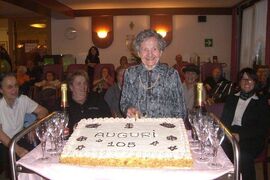 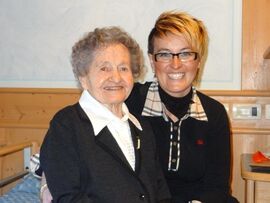 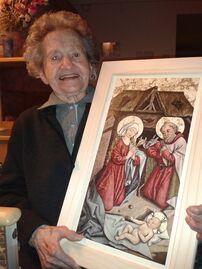 Retrieved from "https://gerontology.wikia.org/wiki/Maria_Vencelj_Maggi?oldid=69338"
Community content is available under CC-BY-SA unless otherwise noted.