This is a list of supercentenarians born in 1898. As of 20 January 2021, 106 of them have been validated by the GRG (three of whom are in limbo). Seven people are currently pending as of March 2015, which means that there is sufficient evidence to support their claim, but the validation process has not yet been completed.

There are 19 additional cases for which research has been made, but whose claimed ages have not yet been reviewed and processed by the GRG. This category is referred to as "unvalidated".

Cohort extinction took place on 6 April 2015 when Gertrude Weaver of the United States passed away at the age of 116 years, 276 days. 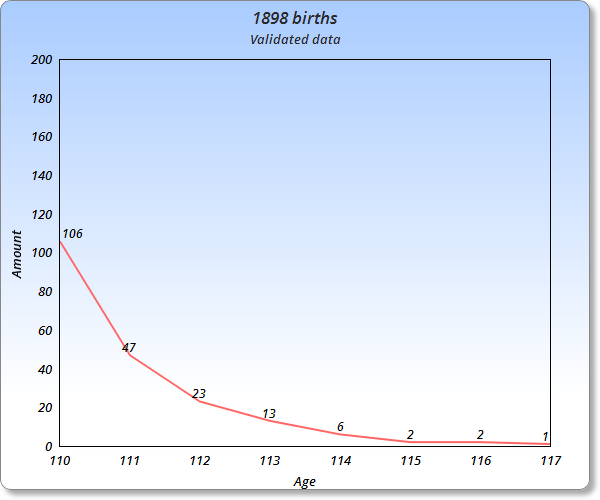 Retrieved from "https://gerontology.wikia.org/wiki/List_of_supercentenarians_born_in_1898?oldid=158968"
Community content is available under CC-BY-SA unless otherwise noted.