This is a list of supercentenarians born in 1882. As of 19 October 2020, 31 of them have been validated by the Gerontology Research Group (GRG). Two people are pending as of March 2015.

There are 14 additional cases on the list for which research has been made, but whose claims have not yet been reviewed and processed by the GRG. This category is referred to as ”unvalidated”. Unvalidated claims to 115+ may be found at Longevity claims.

Cohort extinction took place on 25 April 1998 when Danish-American Christian Mortensen passed away at the age of 115 years, 252 days, though the oldest validated person to die from the year 1882 was fellow American Maggie Barnes. 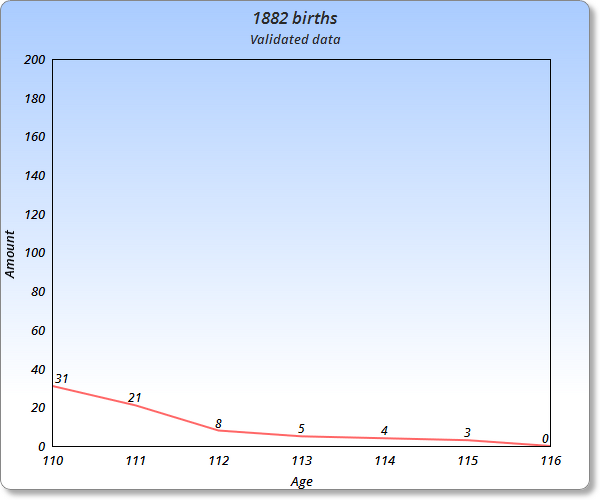 Retrieved from "https://gerontology.wikia.org/wiki/List_of_supercentenarians_born_in_1882?oldid=119827"
Community content is available under CC-BY-SA unless otherwise noted.