Zanol was born in Espirito Santo, Brazil on 13 October 1907 to Italian immigrant parents. He worked as a settler in Espirito Santo and Sao Paulo with metallic structures and carpentry. In 1929, he served in the 2nd Infantry Regiment, the current 2nd Motorized Infantry Battalion, in the city of Rio de Janeiro. In 1930, he returned to his hometown.

At the age of 110, he had 3 living children, 5 grandchildren and 7 great-grandchildren. At that time, he lived with his daughter, Elizabeth Zanol, while his other two children lived in Sao Paulo. At the time of death, he was the second oldest living man, following Chitetsu Watanabe. 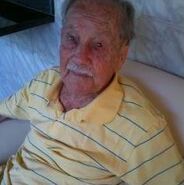