Jan Pieter Bos was born in Papendrecht, South Holland, Netherlands on 12 July 1891. He went to school until the age of 12, when he became a skipper. On 24 December 1930, he married Johanna Suringh in Huissen, Gelderland but they almost drowned when their wedding car drove down a dyke into the water, without being able to open their car doors.

In 1940, Bos was called up to work in Nazi-Germany, but he refused due to hating Germans after a conflict that took place a year earlier. One day however, he, his family and his ship, called 'Westerschelde', were shot. He and his family survived, but his ship sunk and they were taken to Nazi-Germany later on by train. In Groningen, they were able to get off the train via connections with a resistance movement. After the war, his ship was salvaged and eventually repaired. He retired when he was 70 and moved to Pendrecht, a neighborhood in Rotterdam. Johanna died around 1986.

At the age of 100, he moved to 'Sonneburgh', a care facility. At 106, Bos needed few care and was still able to do the household himself. On his 110th birthday, he was the third man in the Netherlands who became a supercentenarian after Geert Adriaans Boomgaard and Jan Machiel Reyskens. On his 111th birthday, his mind was still lucid, despite having walking problems. He attributed his long life to drinking jenever, Dutch gin, everyday.

Jan Pieter Bos died in Rotterdam, Netherlands on 15 December 2002 at the age of 111 years, 156 days. He was, at the time of his death, the oldest living man in the Netherlands, the second-oldest person in the country, behind Hendrikje van Andel-Schipper and the third-oldest living man in Europe, behind Joan Riudavets-Moll of Spain and Giovanni Frau of Italy. He was the second Dutch-born man who became a supercentenarian, after Boomgaard became one, more than 100 years earlier. He was also the first Dutch-born man to turn 111 years old and still holds the title of being the oldest man born in the Netherlands. 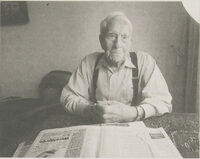 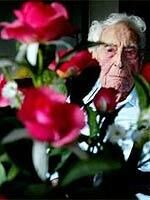 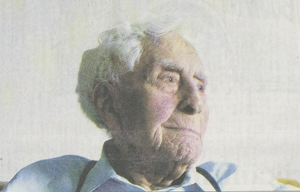 Retrieved from "https://gerontology.wikia.org/wiki/Jan_Pieter_Bos?oldid=156076"
Community content is available under CC-BY-SA unless otherwise noted.