Clara Moll (née Henry; 19 December 1910 – 4 March 2021) was an American supercentenarian who is currently unvalidated by the Gerontology Research Group (GRG).

Clara Moll was born Clara Henry in Mountain View, Missouri, United States on 19 December 1910 in a family of five siblings. Since her father was a cowboy, she came to live with her godmother when she was 5 years old. During her youth, Moll was a tomboy, as she would rather climb tress and swim across lakes than play with dolls.

She later married Alois Moll, who died at age 74. He reportedly told her: 'Clara you watch, when women all go to work there will be nobody home to cook and there will be nobody home for the kids; you’re going to have hard times.' In 1981, she was in a hospital recovering from a hysterectomy when a tornado struck her home town. Fortunately, she survived as the hospital was located on a hill.

At age 106, she said she felt fine and could read without glasses but her hearing deteriorated. At 107, she still enjoyed life, quoting: 'I’m going to live until 110'. She was still quite fit on her 109th birthday, still being able to walk and having no pain. She touted “exercise” as the secret to her longevity. 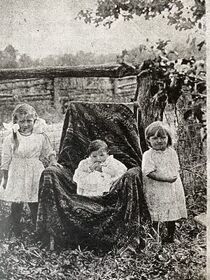 Clara Moll (right) with her siblings Martha and Billy. 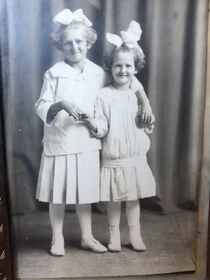 Clara and her sibling Martha in 1918. 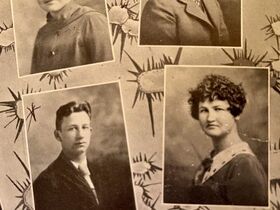 Clara on a picture from the West Bend High School Class of 1929. 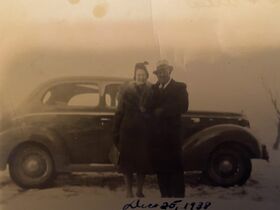 Clara and her husband Alois on 25 December 1938.
Add a photo to this gallery

Retrieved from "https://gerontology.wikia.org/wiki/Clara_Moll?oldid=163779"
Community content is available under CC-BY-SA unless otherwise noted.