Chiyo Miyako [Japanese: 都 千代] (2 May 1901 – 22 July 2018) was a validated Japanese supercentenarian who was the oldest living person in the world at the time of her death. 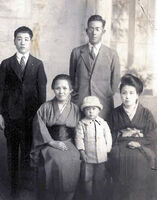 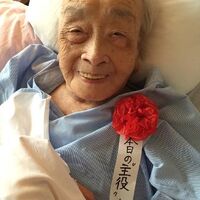 Chiyo at the age of 114.
Add a photo to this gallery

Retrieved from "https://gerontology.wikia.org/wiki/Chiyo_Miyako?oldid=112137"
Community content is available under CC-BY-SA unless otherwise noted.