Chie Ogata was born in Japan on 3 October 1908. In her later life, she lived in Minamata, Kumamoto Prefecture, Japan. She became a supercentenarian in October 2018.

Following the death of Tsurue Furuno on 8 July 2019, Ogata became the oldest living person in Kumamoto Prefecture. Ogata died on 3 July 2020 at the age of 111 years, 274 days. 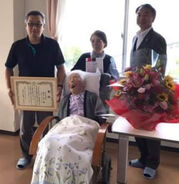 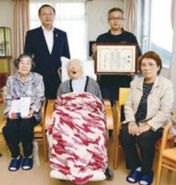 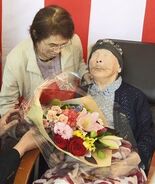 Ogata, 110, in September 2019
Community content is available under CC-BY-SA unless otherwise noted.
Advertisement