In September 1998, he celebrated his 110th birthday, becoming the first known person in Costa Rican history to become a supercentenarian.

One of his second cousins, Claudia Soto Saborio (1909–2020), would also later become the oldest living person in Costa Rica, reaching the age of 111. They were related by a shared set of great-grandparents: Bernardo Soto Herrera (1791–1856) and Maria Josefa Quesada Gonzalez (1794–1878). 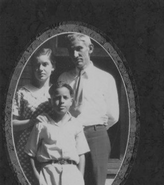 Antonio Ardon Soto at a younger age (probably in the 1930s) with two of his children. 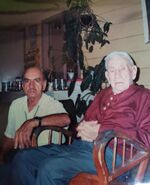 Antonio Ardon Soto in his centenarian years.
Add a photo to this gallery

Retrieved from "https://gerontology.wikia.org/wiki/Antonio_Ardon_Soto?oldid=169151"
Community content is available under CC-BY-SA unless otherwise noted.