Amm Atwa Moussa told that he had been married 60 years with his first wife, which after he has been married four times more and that he has 39 grandchildren. He also told how he remembered how he fled with his family in 1869 in order to avoid getting into the Suez Canal building work. 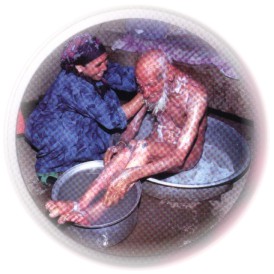