Magon claimed to have been born in Mahébourg, Mauritius on 21 May 1906. Her grandmother allegedly was 110 years old when she died. Magon was one of 14 children, four of whom died at a young age. At the age of 17, she moved to her relatives in Curepipe. Her husband died very early. She had two children with him; Rosemay (aged 78 in 2016), and Marc, who died at the age of 60. Some of her descendants lives in Australia. Magon worked as a cook in Mahébourg.

On her claimed 110th birthday, she stated that the secret of her longevity were her family and faith in God. At that time, she lived at the Sir Virgil Naz street, Curepipe, Mauritius. She lived at that location for more than 40 years. Magon died on 3 July 2016 at the claimed age of 110 years, 43 days. At the time of her death, she was one of two supercentenarian claimants from Mauritius, the other being Olga Yvonne Agar. 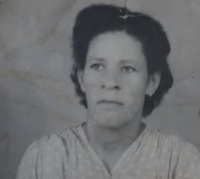 Later life.
Add a photo to this gallery

Retrieved from "https://gerontology.wikia.org/wiki/Alice_Magon?oldid=123729"
Community content is available under CC-BY-SA unless otherwise noted.