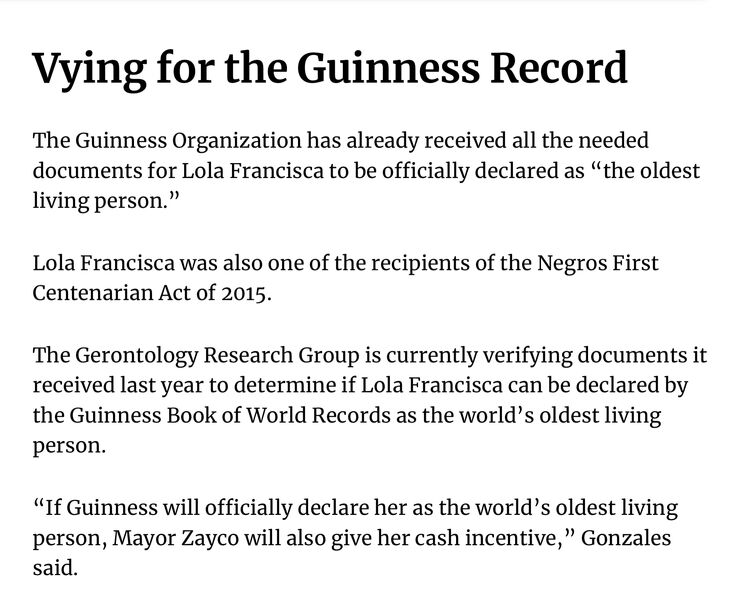 Maybe she could get disputed/debunked/withdrawn/denied because some people claiming to be supercentenarians such as Charlie Smith, Lucy Hannah, Mbah Gotho, Bernando LaPallo, Shigechiyo Izumi, Antisa Khvichava, Kamato Hongo, John Salling, Carmelo Flores Laura, and Carrie White have been debunked/disputed/withdrawn/denied. Some claimants also claim to be supercentenarians just so they can get attention and notability. Some supercentenarians such as Lucy Mirigian, Israel Kristal, Lucy d’Abreu, Ethel Farrell, Consuelo Moreno, and Adelina Domingues come from countries where birth records tend to be unreliable but have been validated, but Susano could also get validated, it’s just that since she is allegedly 124 years old and also that many Asian countries tend to have unreliable supercentenarian birth records, she may become a withdrawn supercentenarian case.

Yeah, she will probably get debunked

Her birth certificate looks real though

This article was a misreport, the media somehow misunderstood an email from GWR saying that they will look at the evidence of her case. This appeared to be a courtesy email that said that the evidence hadn't even been looked at and had only been received. Notably, she doesn't have any early life documentation, so she won't be verified unless more evidence arises.

GWR has no bias, there only look for documentation and Francisca Susano only has a birth certifcate from when she was already claiming to be a SC, anyone can get one of those by saying they are a certain age. You need to stop accusing GWR of stuff that you know nothing about.

So you are saying people can get fake birth certificates?

Is her status officially pending though?

That is what I found on the article about her turning 124.

You don't see this on the Guinness World Records website...it's a 'home-cooked' 'news' article with feel-good spin. It's not close to the actual situation.

What do you think?